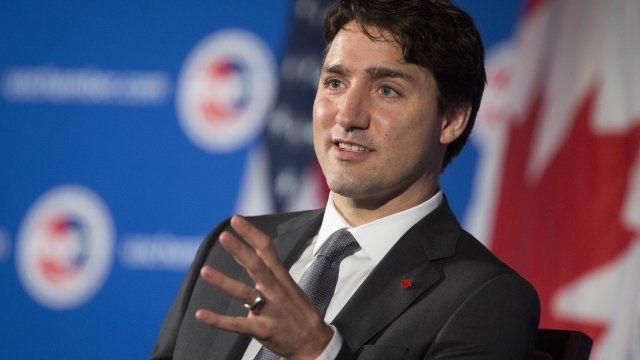 He said Canada is willing to negotiate NAFTA, but that has nothing to do with the tariffs.

Canadian Prime Minister Justin Trudeau said Monday his country's exemption from U.S. imposed tariffs on steel and aluminum has nothing to do with negotiations over the North American Free Trade Agreement.

Trump signed proclamations last week imposing a 25 percent tariff on steel and a 10 percent tariff on aluminum. Canada and Mexico were temporarily exempt from the tariffs — but the Trump administration has suggested that'd depend on a new NAFTA deal.

Trump is not a NAFTA fan. He's called the agreement "unfair" and threatened to withdraw. The U.S., Canada, and Mexico wrapped up their seventh round of negotiations early this month.

Experts say Canada could be the country hit hardest by the tariffs. But Trudeau said the exemption is no "magical favor being done" and argued the tariffs would cost both countries millions of jobs.