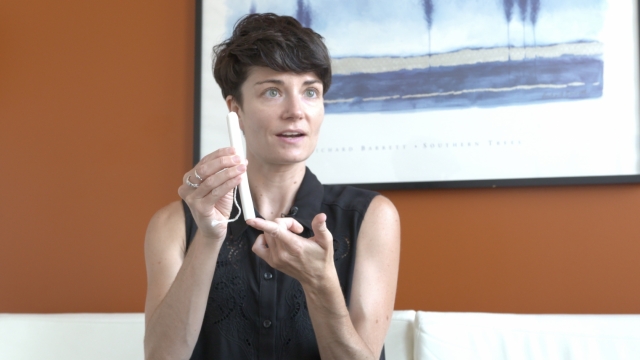 The curriculum aims to teach kids from kindergarten to high school. It's one of the most advanced programs in the U.S., but implementation lags.

Survivors of gender-based violence are saying enough is enough.

Calls to the Illinois Domestic Violence hotline in 2020 were up 17% from those received in 2019. Thirty-eight percent of survivors called from Chicago.

The city is tackling the issue with a newly minted task force and $2.5 million worth of resources.

Lee Hasselbacher is a policy researcher at the University of Chicago. She says the new approach works in two different ways:

“It supports young people as they navigate their own sexual development, and it gives them the tools or the skills to navigate healthy relationships and how their making choices on their own bodies and their selves.”

Those are skills such as knowing what birth control options are available and how to ask a care provider about them, or how to support a friend who’s sharing about their gender identity and how to uphold consent.

The Chicago Board of Education adopted the K-12 curriculum in 2013, and expanded on it last year.

Kindergartners learn about safe and unsafe touches. By the end of 5th grade, students have practiced refusal skills for moments they experience peer pressure. Eighth graders learn about warning signs of sexual abuse, assault and harassment. By the time they graduate from high school, they’ll have been taught what their reproductive rights are.

Experts say it’s one of the most advanced sex ed policies in the nation. The issue now is reaching all students in the Chicago public school system.

Geovianna Sinchi-Paucar is a rising CPS sophomore. She says the last time she learned about sex ed was in 6th grade:

“It wasn’t even a subject; it was a before-lunch type thing. They’d pull you out and be like girls go in this room, guys go in this room. After that it’d be like a 20-minute lesson, and then after that 'go to lunch.'”

According to the policy at the time, sixth grade students should’ve discussed consent, but in Geovianna's case, “they didn’t talk about consent, which is the worst part."

Healing to Action found that in 2018, some 70% of CPS schools across the district, especially in Black and brown communities, weren’t properly implementing existing sex ed requirements. Karla Altmayer, the co-founder of Healing to Action, says it's troubling:

“We were shocked by the vastness of that number but our survivor leaders who come from the south and west sides weren’t surprised because their kids weren’t getting it. So the numbers confirm exactly what they knew to be true except for it was much worse.”

“Although this new curriculum was conceptualized recently, the implementation of it has been lax, because of lack of resources and stuff like that.”

Teachers have had to make do.

“The first time I received sexual health training was in June. This past June. So, I’ve been a CPS teacher for 11 years, have heard nothing about any training whatsoever,”  says Robin Thompson, a Chicago public school teacher.

The training was 90 minutes.

Chicago Board of Education officials say schools are allowed to use outside consultants to fill any gaps.

Thompson convinced her school principal to hire a sexual health educator from the Chicago Women’s Health Center for grades 4-8.

Scout Bratt is one of those sexual health educators.

She says, “So much of the training that I have had has been created by and for people who are care providers."

Third-party sexual health educators tend to be better equipped to answer questions like these:

"What if you’re in an abusive relationship, and you know it’s abusive, but you always go back to them?”

“Wow, and first I have to say that makes so much sense that student who is now a rising sophomore remembers that. Which goes to show that anytime you are with young folks our answers really matter and or our silence really matters,” says Scout Bratt.

She spent more than 5 minutes answering the question. Geovianna’s teacher?

About 1 in 5 women and 1 in 7 men who experienced rape, physical violence, and/or stalking by an intimate partner first experienced some form of partner violence between 11 and 17 years of age, according to the CDC.

It’s information that could be life-changing.

For Karla Altmayer with Healing to Action, the issue is personal:

“Gender-based violence really had a deep impact on my family when I was young. And it shaped both the outcomes for my family and for myself.”