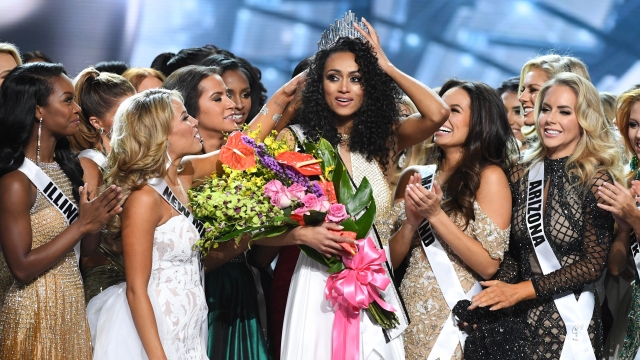 A new Miss USA is beginning her reign.

She's pretty impressive: McCullough has a bachelor's degree in chemistry, and she works as a physical scientist at the U.S. Nuclear Regulatory Commission.

She also created a science program for kids, and she wants to use her Miss USA reign to encourage more people — especially women — to go into STEM fields.

Ever since former owner and now President Donald Trump sold the Miss Universe Organization in 2015, its new owners — WME and IMG — have rebranded the pageant and its sister competitions to be about more than just a pretty face.

"There are many ways to define beauty, and it's about confidence and about taking yourself out of your comfort zone," Michael Antinoro, IMG's head of original content, told Business Insider.

One of the most visible changes was removing the swimsuit portion from the Miss Teen USA competition and replacing it with an athletic-wear competition. Miss USA and Miss Universe contestants still compete in swimwear.

For the first time, the award show eliminated gender-based distinctions for its acting categories.

Last year's Miss USA winner, Deshauna Barber — who also represented Washington, D.C. — was the first member of the military to win the title. She served as a first lieutenant in the Army Reserves.

This is the first time the Miss USA organization has crowned back-to-back winners from D.C.

McCullough will next represent the U.S. in the Miss Universe pageant.