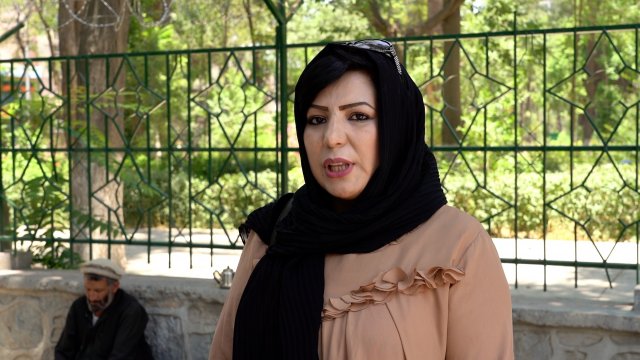 With U.S. troops virtually gone and the Taliban gaining ground, all the gains made over the past 20 years could soon evaporate.

Streets jammed with workers and markets bustling: For now, Newsy’s footage inside Kabul shows normal life continues even as the Taliban creeps closer.

Under the surface, there is deep anxiety.

With U.S. troops virtually gone and the Taliban gaining ground, many fear for the future of Afghanistan's capital and its nearly 5 million residents.

People here fear all the gains made over the past 20 years could evaporate in a matter of months.

She tells us if the Taliban is like in the past, it'll turn women like her into pariahs, segregated from society.

"We will never allow them back and will never let them have a role in our country," Nargis says defiantly.

Before 2001 — when the U.S. forced the Taliban from power — the group banned girls and women from receiving an education. Ironic, considering Taliban translates to "students" in English.

Mohammad Nazim, another Kabul resident, says people in the city are scared they'll soon have to flee and become refugees.

If the Taliban take over, he says, "all the government institutions, administration, schools and universities will shut down."

Since President Biden announced in mid-April that U.S. troops would soon withdraw, districts all over the country, including those near Kabul, have started falling to the Taliban.

Some of the capital's residents, like Zikrullah Faqirzada, say the country's best shot at stability is a peace deal.

"We request the insurgents and the government to solve issues by reconciliation and dialogue," he told us.

For nearly a year, representatives for the Taliban and Afghan forces have been meeting in Qatar to negotiate peace.

But analysts worry the embattled Afghan government has lost all leverage now that the Americans are gone.

Many Kabul residents are cynical about the prospect of peace. Still, they say, they have no choice but to keep faith in the Afghan forces.

Abdul Rashid Tahiri says "All men, women, and children of Afghanistan are united to defend their country and prevent the Taliban from imposing their terror on the people. I am sure they will be defeated."