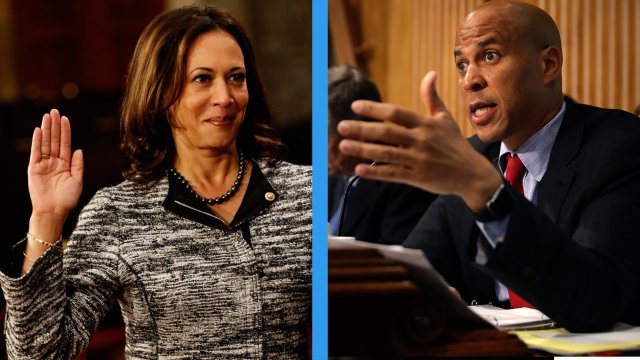 Harris and Booker are the first African-American senators to sit on the committee since the '90s.

Sens. Kamala Harris and Cory Booker have just been elevated to the Senate Judiciary Committee.

The two senators are the first African-Americans to sit on the committee since the 1990s. Their appointments come as a result Sen. Al Franken's resignation and Democrat Doug Jones' win in Alabama. The latter shrunk Republicans' advantage on both the Judiciary and Finance committees.

Vocal about civil rights and equality, Harris and Booker both say they're going to go after the policies of the Trump administration — specifically, the agenda of Attorney General Jeff Sessions.