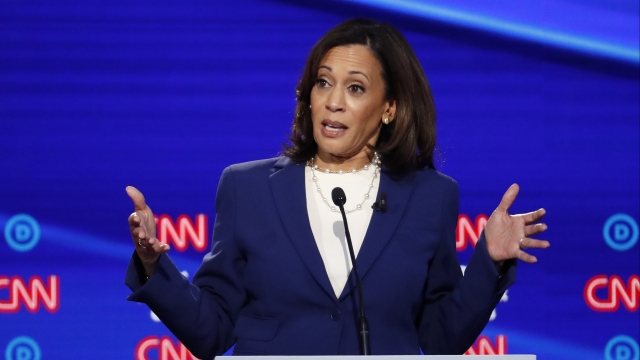 A user in college, she later led marijuana prosecutions, then urged legalization.

With the Vice Presidential nod, Senator Kamala Harris's track record prosecuting marijuana cases is once again under scrutiny. A new report suggests there is more to Harris and marijuana than many know.

"I think her evolution on the views sort of mirrors what's going on in our country," Sunny Hostin, co-host of the The View said.

In May 2018, Harris announced she changed her mind… now supporting the legalization of marijuana. She previously opposed legalization efforts in California.

"But I am absolutely in favor of legalizing marijuana. We've got to do it. We have incarcerated so many, in particular young men and young men of color, in a way that we have not for the same level of use, other young men," Sen. Kamala Harris said.

She has even spoken openly about her own marijuana use. At the time, those comments sparked push back — saying she admitted to smoking weed, before locking people up for it.

"She put over 1,500 people in jail for marijuana violations and then laughed about it when she was asked if she ever smoked marijuana," Rep. Tulsi Gabbard said.

Here are the facts. According to data obtained by the Bay Area News Group, Harris oversaw roughly 1,900 marijuana convictions in San Francisco during her time as the city's district attorney — 6% more than her predecessor. But attorneys familiar with the cases tell the news group that a majority of the "defendants arrested for low-level pot possession were never locked up."

Black people are almost 4 times more likely to be arrested for marijuana possession than whites. Harris — a woman of color — says she recognizes that… and acknowledges her own views have changed.