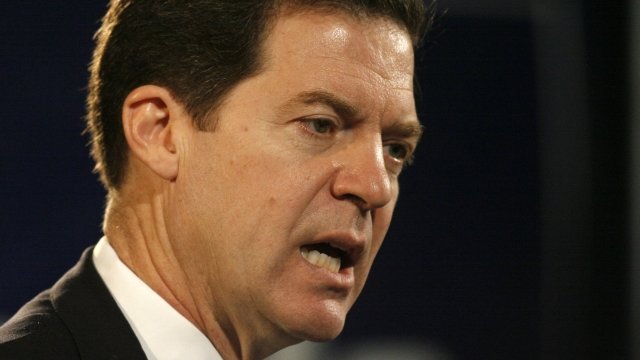 Kansas Gov. Sam Brownback has been nominated to head the Office of International Religious Freedom under the State Department.

Kansas Gov. Sam Brownback has been tapped to serve as the U.S. ambassador at large for international religious freedom.

Rumors have swirled for months that Brownback would fill some role in the Trump administration. The White House confirmed those rumors Wednesday. If the Senate confirms him, Brownback will work for the Office of International Religious Freedom under the State Department.

Brownback, a Republican, has served as the governor of Kansas since 2011; he's known for implementing aggressive tax cuts in the state in 2012.

The bill extends religious exemptions to government employees and members of organizations.

Those cuts were initially applauded by Republicans, but they eventually left gaping holes in the state's budget. The Republican-dominated legislature voted this year to override a Brownback veto and end those tax cuts.

Brownback tweeted about his nomination and said, "Religious Freedom is the first freedom," and that he is "honored to serve such an important cause."