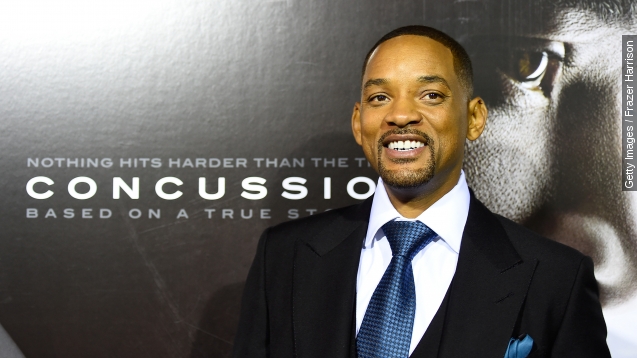 Will Smith told CBS' "Sunday Morning" he still has one major goal he wants to achieve in his career.

Kanye West might have some mega competition in the 2020 presidential election.

Will Smith told CBS' "Sunday Morning" that he still has one massive goal to achieve in his career.

"What are you going to run for?" Tracy Smith asked.

"I mean, I gotta be the president. Come on," Smith replied.

But the actor's desire to run for president didn't develop on a whim.

"If people keep saying all the crazy kinds of stuff they've been saying on the news lately about walls and Muslims, they're going to force me into the political arena," he said.

So, what's Smith's skill set? Well, we already know he has experience with national security. (Video via Columbia Pictures / "Men in Black")

"I'm just a little anxious to get up there and whoop E.T.'s ass, that's all," Smith says in "Independence Day."

And based on his musical background, he'd have some super-sweet campaign ads, too. (Video via NBC / "The Fresh Prince of Bel-Air")

If he can't figure out what his political platform should be, here's a suggestion. Will Smith: America's love doctor.

"Eight out of 10 women believe that the first kiss will tell them everything they need to know," Smith says in "Hitch."

For the full interview, head over to CBS' website.