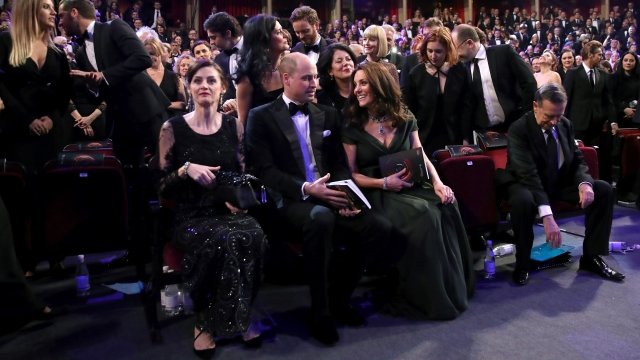 The Duchess of Cambridge wore a dark-green gown to the BAFTAs, and social media users on Twitter expressed their disappointment.

Kate Middleton wore a dark green gown to the British Academy of Film and Television Arts' film awards Sunday, and some people aren't happy. That's because attendees were encouraged to wear all black in support of the Time's Up movement against sexual harassment.

But it's not that simple. It's royal protocol to avoid anything political. So while Middleton might have been encouraged not to take a direct stance by wearing all black, she may have given a subtle nod to the movement by wearing a black sash and carrying a black clutch.