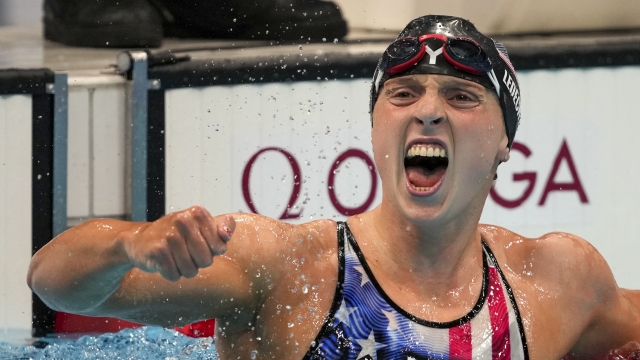 It's the sixth gold medal of Ledecky's career.

U.S. swimmer Katie Ledecky returns to the top of the podium.

Ledecky won the women's 1,500-meter freestyle. It was an emotional win for the decorated swimmer. She lost earlier in the day in the 200 freestyle and did not medal for the first time ever.

Ledecky already has a silver medal in the 400 freestyle event. She still has a couple of events left.

And it was a nice bounce-back win for U.S.A. men's basketball. The team easily defeated Iran in its second group stage game, 120-66. The team was upset by France in its opener this week.

Team U.S.A. plays the Czech Republic Saturday. A win should send them to the knockout stage.