Ken Weatherwax, Pugsley From 'The Addams Family,' Dies At 59 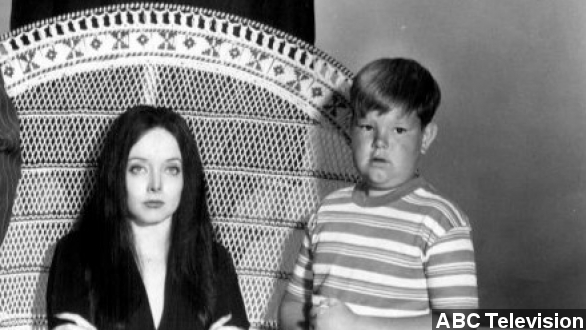 Ken Weatherwax, best known for playing the role of Pugsley Addams on the original 1960s "Addams Family," died Sunday from a heart attack.

Ken Weatherwax, the actor best known for playing the role of Pugsley Addams on the original 1960s "Addams Family" TV show, has died. He was 59.

According to TMZ, Weatherwax died at his California home Sunday following a heart attack. A woman who says she's the actor's niece also confirmed his death in a Facebook post.

Following the "Addams Family's" brief two-year run in the mid-60s, Weatherwax, a child star, struggled to find work in Hollywood because he said he was typecast for that role. (Video via MGM Television / 'The Addams Family')

He also told Fox News' Bill O'Reilly that after the show was cancelled, kids teased him a lot at school for playing the role of Pugsley. He was also kicked out of school several times and enlisted in the Army at age 17.

Weatherwax would later voice the character of Pugsley Sr. in NBC's 1977 TV movie, "Halloween with the New Addams Family." He also worked behind the camera as a set builder once his acting career ended.

According to The Hollywood Reporter, there will be two funerals held for Weatherwax, one for his family and another for his fans.

He is survived by his brother, character actor Joseph D. Vieira, and his niece and nephew.