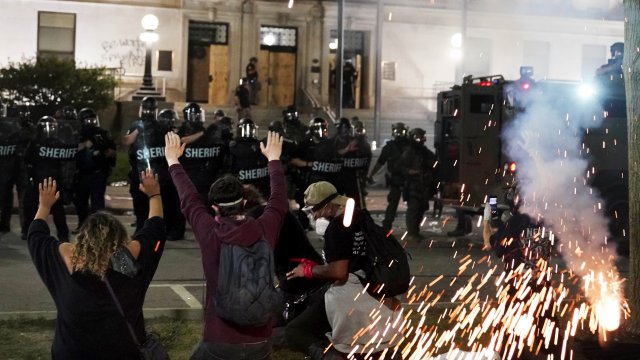 The Kenosha, Wisconsin, police chief and county sheriff are facing calls to immediately step down after a deadly shooting that left two people dead at a protest this week.

This is video showing the scene Tuesday night. The American Civil Liberties Union accuses sheriff's deputies of fraternizing with white supremacist counterprotesters and letting the suspected shooter leave, even as people yelled that he was the shooter.

The ACLU also accuses the police chief of blaming the victims for their own deaths.

The organization said: "Their actions uphold and defend white supremacy, while demonizing people who were murdered for exercising their First Amendment rights and speaking out against police violence."

The police chief and county sheriff did not immediately respond to the ACLU's statement.