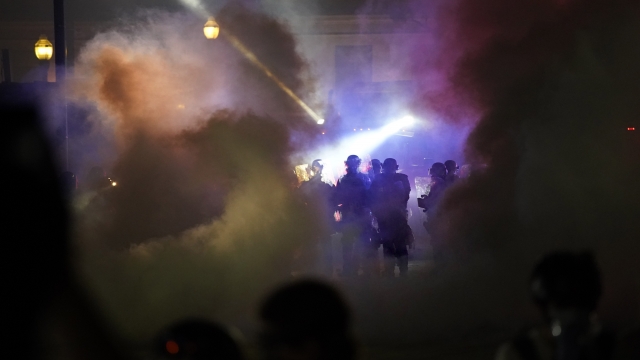 Demonstrations continued for a third night in Kenosha, Wisconsin, over the police shooting of Jacob Blake.

Law enforcement officials are investigating after three people were shot at the protests early Wednesday. The New York Times reports there was a confrontation between protesters and people who said they were protecting a gas station. Two people died and another is seriously wounded, but police say the injuries are non-life threatening.

On Tuesday, Blake's family called for peaceful protests. The family's attorney says he is paralyzed from the waist down, but doctors are unsure if it's permanent.