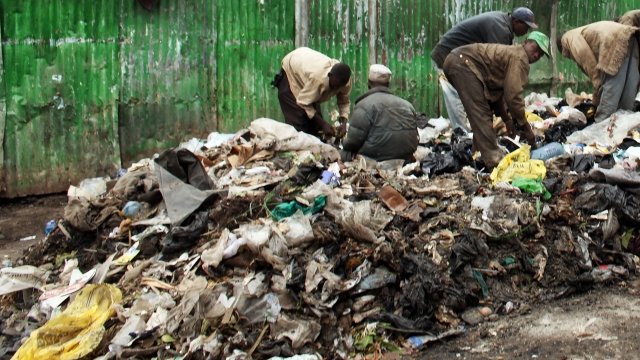 Plastic bags have become so pervasive in the environment that they're starting to make their way into the food chain.

In Kenya, plastic bags have become so pervasive in the environment that they're starting to make their way into the food chain.

But now, a law seeks to change that: Anyone found selling, manufacturing or carrying polythene bags in Kenya could face a $38,000 fine or up to four years in prison.

This is the third time the country has tried to ban plastic bags in some form. Several other countries in the region have passed laws to either ban or penalize the production and use of the bags.

Not everyone is on board, though. Manufacturers challenged the ban in court, saying that the law might cost Kenya tens of thousands of jobs. The ban could also negatively impact the country's poorest citizens, who rely on the cheap, versatile bags in their daily lives.

The law was announced six months ago, so individuals and businesses have had some time to adjust. But government officials said the goal was not to arrest people. Now that the law has gone into effect, Kenya's government will have to decide how strictly to enforce it.