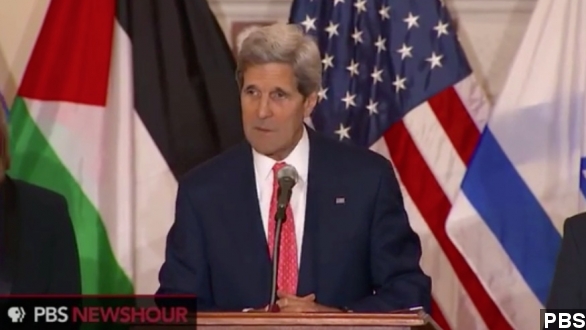 This marks the continuation of peace talks that began in July. However, Israel's announcement of new homes in the West Bank could derail the effort.

America's top diplomat, John Kerry, will return to Jerusalem next week to resume the age-old task of brokering peace between Israel and Palestine.

A big part of these new negotiations is Israel's release of Palestinian prisoners, many of which have already been freed. Two dozen more will be sent back to Palestine on Monday. (Via BBC)

Although that move has upset some right-wing elements in Israel along with the families of Israelis killed in Palestinian attacks, U.S. diplomats have said it's an essential step to avoid future conflict between Palestine and the Jewish state.

The ultimate goal is a full-blown peace treaty after at least another year of talks. Although this is U.S. Secretary of State John Kerry's first crack at it, America has, of course, tried to broker this deal before. (Via PBS)

And the same development that killed 2010's peace talks could again derail negotiations this time — that's a housing development. Friday, Israel said it would build 1,400 new homes in the disputed West Bank territory. (Via Al Jazeera)

That's land Israel captured in 1967's Middle East War. Most of the world's nations consider Israeli settlements there illegal, and The Guardian quotes a Palestinian negotiator who says new homes there would "destroy the peace process."

Despite all that skepticism, Kerry has previously said an interim peace deal — which would precede a full peace treaty — is on track to be signed in April.