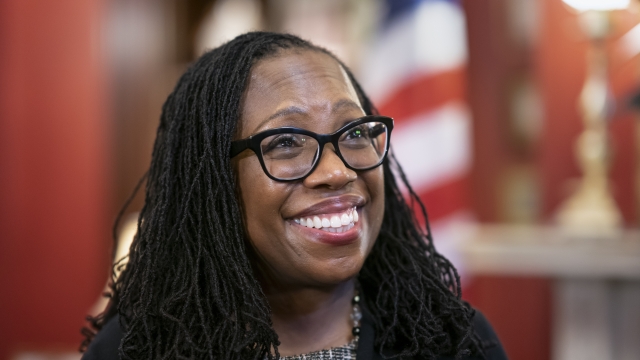 Jackson, 51, was sworn as the court's 116th justice Thursday, replacing Justice Stephen Breyer, whom she once worked for.

Ketanji Brown Jackson has been sworn in to the Supreme Court, shattering a glass ceiling as the first Black woman on the nation's highest court.

The 51-year-old Jackson is the court's 116th justice, and she took the place Thursday of the justice she once worked for. Justice Stephen Breyer's retirement took effect at noon.

Moments later, joined by her family, Jackson recited the two oaths required of Supreme Court justices, one administered by Breyer and the other by Chief Justice John Roberts.

A 53-47 vote to cut off debate Thursday came hours before Jackson's expected confirmation.