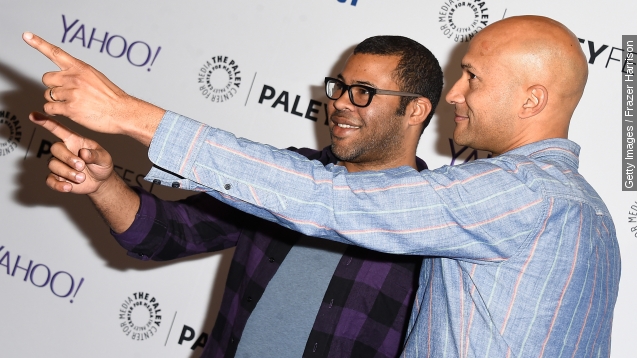 Keegan-Michael Key confirmed to TheWrap he and Jordan Peele are ending the show to "explore things, together and apart."

No more "Liam Neesons." No more East/West Bowl names. And no more Luther, the president's anger translator — at least for the foreseeable future. Comedy duo Keegan-Michael Key and Jordan Peele, of "Key & Peele," announced the show's fifth and current season will be its last.

In an exclusive interview with The Wrap, Key said that the decision wasn't because of Comedy Central and "It was just time for us to explore other things, together and apart." (Video via Comedy Central / "Key & Peele")

Peele more or less confirmed the news Saturday, urging his Twitter followers not to miss the last eight episodes.

In its five-season run, "Key & Peele" has earned its titular comedians a Peabody Award, which is given for exceptional content in electronic media, and — for Key — a part in what will surely be one of the most memorable moments at the White House Correspondents' Dinner.

"Hold on to your lily-white butts, y'all," Key told the audience during the dinner.

Although "Key & Peele" won't be a thing after this season, Key also told The Wrap he and Peele are working on new content, including a film appearance, a horror movie and a "Police Academy" reboot. Their last episode is set to air in September.