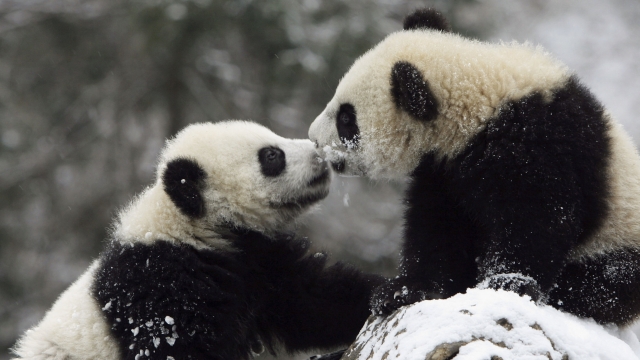 From species moving away from endangered status to key international agreements taking effect, 2016 was an important year for animal conservation.

With Amur leopards, black rhinos and orangutans on the brink of extinction, 2017 will be a crucial year for animal conservation.

But while there's a lot of work to be done, conservationists can take heart in all that was accomplished in 2016.

And some took important first steps toward recovery. For the first time in a century, the wild tiger population grew.

Still others may get off the list entirely next year. The grizzly bear population has improved so dramatically, U.S. officials are considering delisting the species.

Countries did their part with new policies, both individually and together, to save at-risk species.

The U.S. officially banned nearly all aspects of the ivory trade.

And the world's most trafficked animal –– the pangolin –– received international protection from commercial trade.

But even with those key conservation measures in place, 2017 will need to see more implementation and enforcement.

The U.S. is one of the leading enforcers against unsustainable fishing, but up to a third of its wild seafood imports come from illegal catches that are fraudulently labeled.

While America's new laws on ivory are a huge step, China has yet to completely ban the trade. Its industry is the largest in the world and full of loopholes that help sustain illegal trade.