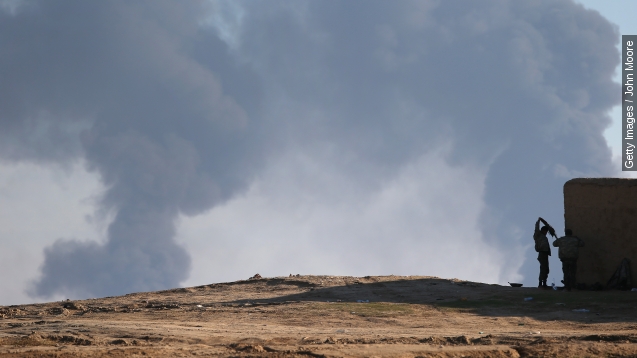 A prominent Syrian rebel group has pulled out of a peace talk framework conference, highlighting the rift between the competing rebel groups.

A prominent Syrian opposition group has pulled out of talks meant to devise a framework for future peace talks with the Syrian government. (Video via Ahrar al-Sham)

Ahrar al-Sham, a coalition of rebel groups, released a statement claiming the meeting did not give "real weight to the revolutionary factions" and that too much power was given to groups it believes are aligned with the Syrian president.

The meeting in Riyadh comes after world leaders demanded the opposition and the regime begin negotiating again by the end of the year. Syria's civil war has stretched on for five years now. (Video via Al Aan TV)

And while opposition leaders have said the groups did agree on a framework for future talks, the withdrawal of Ahrar al-Sham highlights the lasting divisions among the opposition.

A Syrian political analyst told Al Jazeera that cooperation so quickly wouldn't be that easy. "They have been unable to reconcile their differences over the past five years. No one expected them to do that in the past 24 hours," he said.