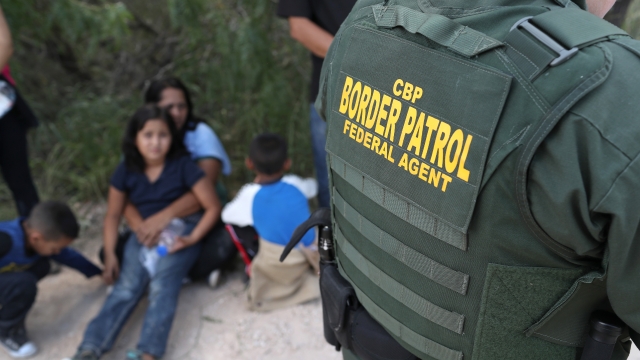 According to the Associated Press and CBS, around 250 children are being held in inhumane conditions at a Border Patrol station in Texas.

Dozens of children are reportedly being held in dangerous conditions at a Border Patrol station in Texas.

According to the Associated Press, a team of attorneys who recently visited the station found around 250 infants, children and teens who had been detained for up to 27 days without adequate food and water. One researcher told CBS the children had gone weeks without bathing. More than a dozen of them were sick with the flu, and some were being held in quarantine without an adult to look after them.

One attorney was quoted by the Associated Press as saying: "In my 22 years of doing visits with children in detention I have never heard of this level of inhumanity."

Hundreds of kids have been separated from their parents since the Trump administration announced its "zero tolerance" border policy in April 2018.

Last June, a federal judge ordered the government to reunite families separated under the policy. But the Justice Department has asked for up to two years to identify immigrant children separated from their families at the border.