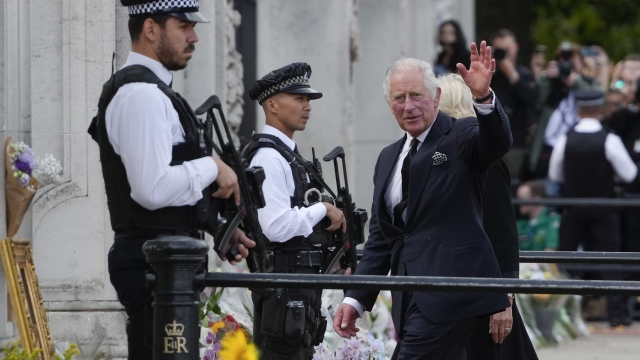 Charles has been preparing to take the throne for decades. At 73, he will be the oldest monarch to ascend the throne.

King Charles III has spent a lifetime in the public eye.

He became heir apparent when he was just 3 years old, when his grandfather King George VI died and his mother became queen in 1952.

After attending several boarding schools, he studied archeology, anthropology and history at Trinity College. He was the first heir apparent to earn a degree.

Charles spent five years in military service that included aviation training in the Royal Air Force. As he ended his service, he created the Prince's Trust, a charitable organization.

He was an early environmentalist. In 1970, he delivered a warning about what he called "the horrific effects of pollution in all its cancerous forms."

Charles has advocated sustainability across the board in urban design, corporate production, organic farming and energy generation. And he's keenly aware of the effects of climate change.

"As I've tried to indicate for quite some time, the climate crisis really is a genuine emergency and tackling it is utterly essential for Cornwall, the country and the rest of the world," he said.

King Charles III has also been an outspoken critic of modern architecture.

The funding of his many charities came under scrutiny in July with reports one organization accepted a donation from Osama bin Laden's family, and another received $3 million from a Qatari billionaire.

The donation in question, reportedly from Osama Bin Laden's half-brothers in 2013, was in the amount of $1.2 million.

His 1981 marriage to Diana Spencer was a global media event with hundreds of millions of people watching the ceremony on television. Their two sons, Prince William and Prince Harry, were born soon after. But the marriage didn't survive amid intense media coverage and rumors of infidelities. The couple eventually divorced in 1996.

A year later, Princess Diana died in a car crash. Charles traveled to France with Diana's sisters to bring her body back to England. He walked with his sons in her funeral procession.

A young woman who positively altered the public's perception of the royal family and made a lasting impact on the world is remembered 25 years later.