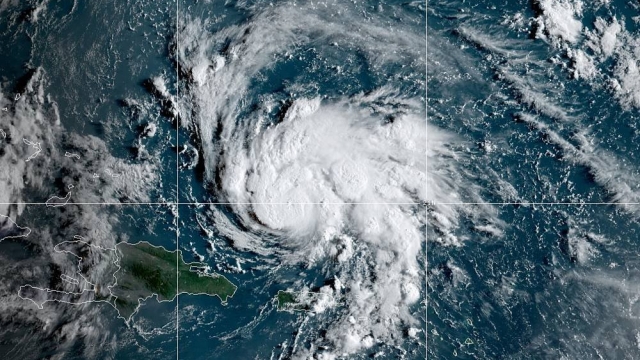 Hurricane Dorian is barreling toward Florida while the state is already experiencing a king tide — the highest of high tides.

A perfect storm of events could make the impact of Hurricane Dorian even worse for the Florida coast.

Florida is experiencing what’s called a King Tide — the highest of high tides. It can cause street flooding in coastal areas, like downtown Miami, but its ultimate reach depends on a few factors.

One factor is the warmth of the ocean. The waters around Florida are typically at their warmest in the late summer and early fall, and warm water takes up more space, which makes the tide higher.

Then there's the position of the Earth, moon and sun. The moon's gravitational force is always impacting ocean tides, but that force is strongest when the moon is closest to the Earth. That close point is called the moon's perigee, and it happens twice a month. The sun's gravity also pulls at the world's oceans, and the closer the Earth is to the sun, the bigger the sun's impact.

And all those things — warm ocean water, the moon's perigee, and the Earth's being closer to the sun — are converging right now.

King tides are also impacted by storms, like Hurricane Dorian. So this year’s high tide could be especially dangerous.