Kit Harington Wants You To Know Men Experience Sexism, Too 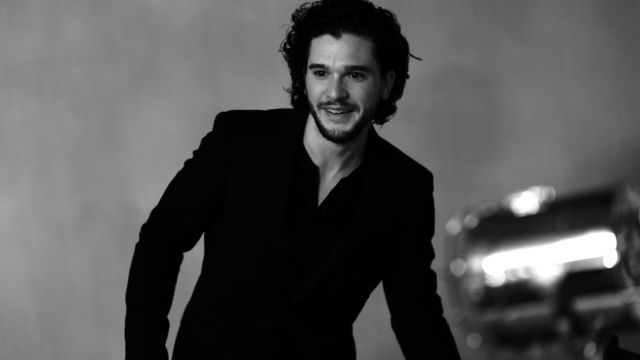 The actor who plays Jon Snow says he's tired of being objectified because of his good looks, but not everyone feels bad for him.

"You know nothing, Jon Snow," a "Game of Thrones" character said.

That's what the internet is saying to Kit Harington after the "Game of Thrones" star said he and other men in Hollywood face sexism because of their good looks.

"There's definitely sexism in our industry that happens towards women, and there is towards men, as well," Harington said in an interview with The Sunday Times.

The actor caught flak on social media from people who felt that his comments downplayed the more blatant sexism that women in entertainment face.

This isn't the first time Harington has compared his experiences as a Hollywood heartthrob to those of women, who are routinely objectified in the industry.

In March 2015, Harington told The New York Post, "To always be put on a pedestal as a hunk is slightly demeaning. It really is and it's in the same way as it is for women."

His comments last year were met with similar eye rolls. But that didn't stop Harington from elaborating to the Sunday Times about how it feels to be objectified as a man.

He said: "I like to think of myself as more than a head of hair or a set of looks. ... In some ways you could argue I've been employed for a look I have. ... At some points during photo shoots when I'm asked to strip down, I've felt that."

Harington has appeared in nude scenes on "Game of Thrones."

In April, Emilia Clarke, who's also appeared nude on the show, jokingly started a "Free the P" campaign aimed at balancing the ratio of male-to-female nudity on the show.

"So I feel like there's a little bit of inequality between the amount of nudity that happens with women — this woman in particular — and what happens with the other guys. I think that should be even," Clarke said.

Harington hasn't publicly commented on his co-star's campaign, but if the only reason you're tuning in to "Game of Thrones" is to admire the eye candy, it's safe to assume Jon Snow doesn't approve.

This video includes clips from HBO and CBS and images from Getty Images.