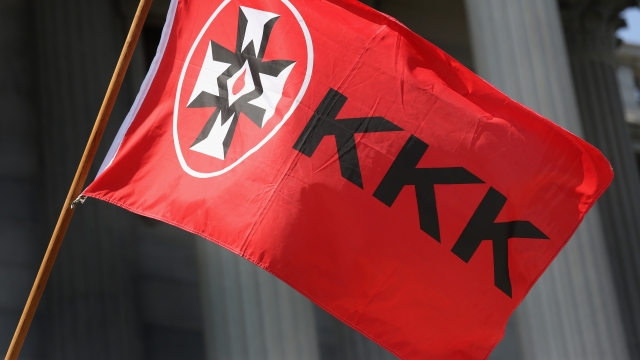 A brawl broke out when KKK members were confronted by counter-protesters in Anaheim, California.

A brawl between KKK members and counter-protesters broke out in Anaheim, California, on Saturday.

Despite police presence, at least three people were stabbed. At least 12 people were taken into custody.

An expert on the study of extremism told the Los Angeles Times the sect of the KKK involved in the incident see themselves as a "Klan without robes."

Police told outlets the three people stabbed were all counter-protesters. Officials said one protester may have been stabbed by a Klan member using a metal eagle at the end of a flagpole.

This video includes clips from KTLA and KCBS and images from Getty Images.