Amy Klobuchar Pulls Her Name From Consideration As Biden's VP 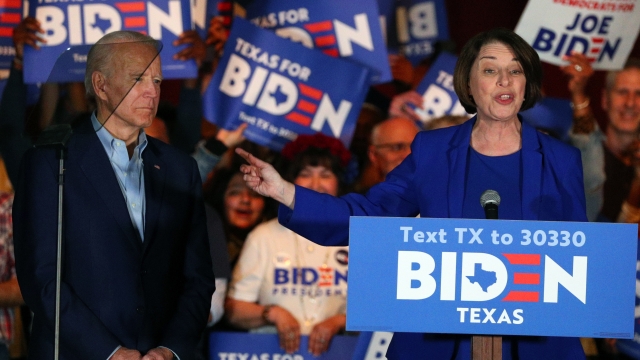 Joe Biden has already pledged to choose a woman for his running mate.

Sen. Amy Klobuchar has pulled out of the running to be vice president for presumptive Democratic presidential nominee Joe Biden.

Klobuchar said she personally called Biden and told him to pick a woman of color as his VP.

Biden responded on Twitter: "Amy — from the moment you announced you were running for president in a snowstorm, it wasn't hard to see you had the grit and determination to do anything you set your mind to. You know how to get things done. With your help, we’re going to beat Donald Trump."

Biden has said he will pick a woman as his vice president and plans to make a decision by early August.