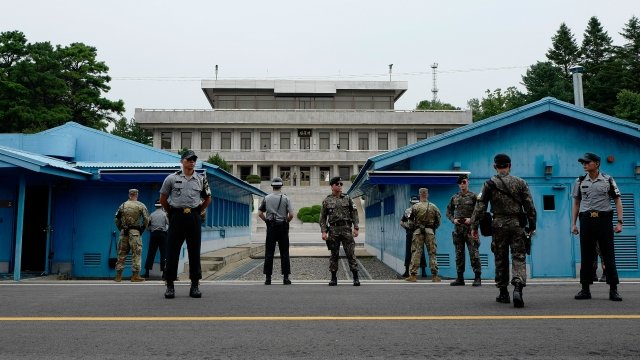 South Korea's culture minister said the goal of a joint-Korean summit later this month is to forge a peace treaty.

North and South Korea are reportedly moving closer to ending the decadeslong conflict.

South Korea's culture minister said the goal of a joint-Korean summit later this month is to forge a peace treaty. Kim Jong-un has also reportedly offered to announce plans to denuclearize at the summit.

That news comes the same day a South Korean daily newspaper reports the two Korean leaders would seek to end the military standoff, with the priority being to return the DMZ to its original state. That report quotes an unnamed South Korean official called a "key figure in the diplomatic and security field in the government."

The two Koreas have technically still been at war since the conflict in the 1950s. Fighting paused thanks to a truce, not an actual treaty for peace.