North And South Korea Were Unified At The Olympics Opening Ceremony 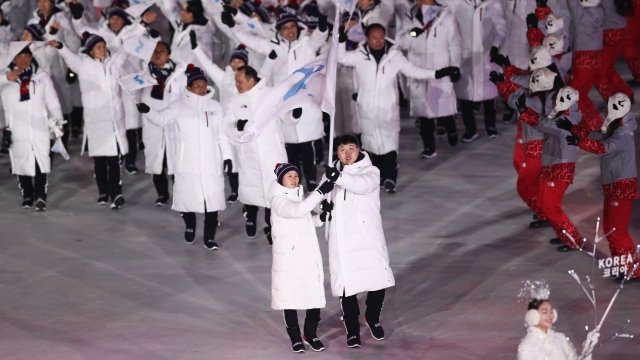 The Koreas marched last in the parade of nations.

North Korea and South Korea marched together at the opening ceremony of the 2018 Winter Olympics, and people were pretty pumped about it.

As is tradition, the host country walks out last in the parade of nations, so the unified Koreas brought up the end.

The North and South agreed to field a joint women's ice hockey team to compete in the games this year, but the rest of the athletes will be competing for their respective countries.

Kim Yo-jong, sister of North Korea's leader Kim Jong-un, is also at the games. She and South Korean President Moon Jae-are scheduled to meet at a luncheon Moon is holding Saturday with North Korean delegates.