Kremlin To Investigate Whether Telling Voters Not To Vote Is Illegal 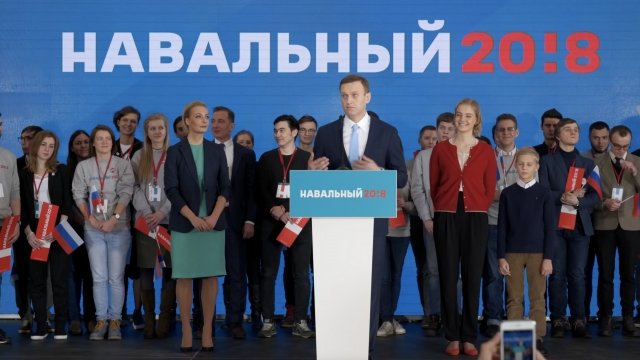 Putin critic Alexei Navalny is calling for Russians to boycott next year's presidential election because the Kremlin won't let him run.

The Kremlin says it's going to look into whether it's illegal for a prominent critic of Russian President Vladimir Putin to call for an election boycott.

Alexei Navalny is calling for Russians to boycott next year's presidential election because the Kremlin won't let him run.

The electoral commission says it barred Navalny from running because he's been convicted of fraud. But both he and the European Union have argued the fraud charges were politically motivated in the first place.

Putin Thanks Trump After Thwarted Bombing Plot In Russia

A Putin spokesman said, "Calls for boycott should, of course, be thoroughly studied in terms [sic] compliance or contradiction with our legislation."

According to the Associated Press, Russian law doesn't say calling for an election boycott is illegal.