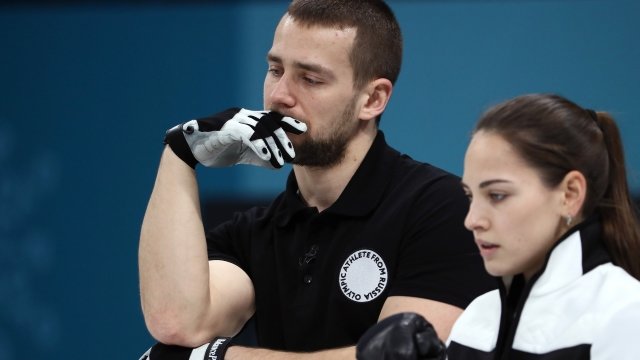 Aleksandr Krushelnitckii left while waiting for the results of a second test for a banned medication.

The Olympic curling bronze medalist from Russia who faces accusations of doping has left the Olympic Village. Media outlets report Aleksandr Krushelnitckii is in Seoul waiting for a second sample to be tested.

Krushelnitckii reportedly tested positive for a heart medicine that has been banned at the Olympics since 2016 and could lose his medal.

Russia's major doping scandal prevented its athletes from representing their country while competing in the 2018 Winter Olympics. Athletes who passed "strict criteria" were allowed to participate as "Olympic athletes from Russia."