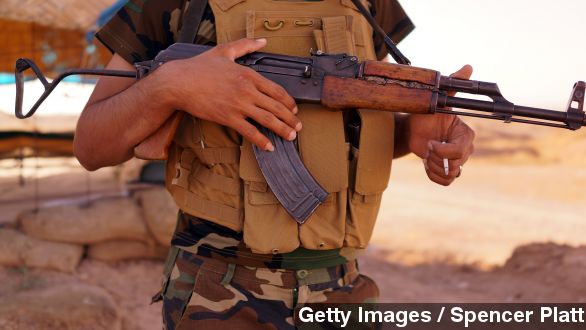 More than four months after it began, the ISIS siege of Mount Sinjar in northern Iraq has finally been broken.

The next day, the head of the Iraqi Kurdish region's national security council told reporters, "The operation was militarily and strategically a great success, a vast area has been liberated."

Mount Sinjar made headlines in August due to an ISIS siege that left tens of thousands from Iraq's Yazidi religious minority stranded. Many of those trapped escaped months ago after U.S. airstrikes forced ISIS fighters to back off, and now those who remained are free thanks to the peshmerga.

U.S.-led coalition airstrikes have aided Kurdish peshmerga fighters in both Syria and Iraq as ISIS has attempted to capture more territory in both countries.

Those airstrikes, according to Gen. Martin Dempsey in a recent interview from The Wall Street Journal, have killed seven important ISIS figures in September and December alone.

The three most recent leaders killed include the group's top military expert, a midlevel commander and a key deputy to ISIS leader Abu Bakr al-Baghdadi.

Coalition commander Army Lt. Gen. James Terry gave a separate update on the airstrikes Thursday, saying the 1,300-plus airstrikes so far have had a "significant effect on [ISIS'] ability to command and control, to resupply, and to conduct maneuvering."

And yet, according to Jane's Intelligence Review, airstrikes so far have yet to blunt the momentum of ISIS operations. The security journal cites recent advances in the Iraqi region of Samarra as evidence of that.

As far as the Kurdish forces that have liberated Mount Sinjar go, the group says they are now working to liberate areas around the mountain and the town of Sinjar itself.