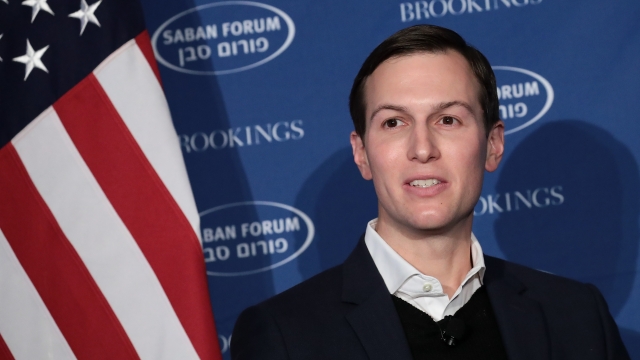 The White House senior adviser made the comments during a live interview for Time magazine's 100 Summit.

President Donald Trump's son-in-law made the comments during a live interview for Time magazine's 100 Summit.

Kushner said the two-state solution between Israel and Palestinians isn't working and that the U.S. peace plan will demand "tough compromises" from both parties. He said if people focus on the old, traditional talking points, there will never be progress. Instead, the U.S. plan will involve coming up with a solution first, then figuring out a process to reach that solution.

So what is the strategy? Well, according to Kushner, the focus is from the bottom up, mainly focusing on how to make the lives of the Palestinians better and how to increase Israel's security.