The La Tuna Wildfire Is Mostly Contained But Could Still Rekindle 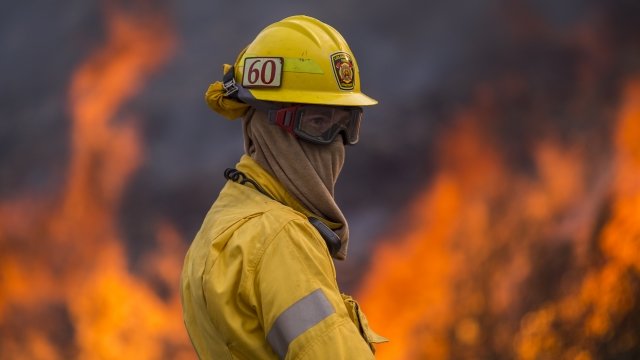 California Gov. Jerry Brown declared a state of emergency on Sunday, and as of Tuesday, 70 percent of the fire had been contained.

The La Tuna wildfire has been going on for five days now, and while the fire is clearing up, emergency experts are taking precautions to make sure it doesn't rekindle or spread.

Smokey Bear Turns 73 As Wildfires Are On The Rise

The Smokey Bear campaign was supposed to teach about forest fire prevention, but some say Smokey's advice has led to more fires.

In a video posted on social media by the Glendale Fire Department, emergency officials said they would send "an army of boots on the ground" to combat the remaining 30 percent of the wildfire. But emergency officials also warn that winds can still rekindle the fire.

"Those gusts can still kick up some embers and create spot fires," an emergency official said.

Since Sunday, all evacuations have been lifted in Los Angeles, Glendale and Burbank, but evacuation centers are remaining on standby just in case.