This Labor Day Highlights The Millions Of Unemployed Americans 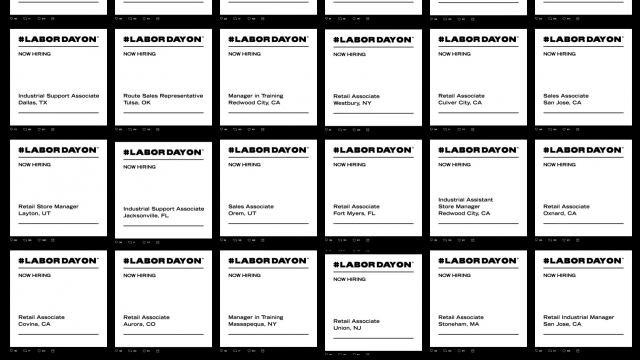 We honor American workers and their achievements during Labor Day, but this year feels different with millions out of work due to the pandemic.

For bartender Andrea de la Rosa, it's usually one of her busiest days.

"It's actually kinda of a money maker for me," says de la Rosa

But that was before the pandemic hit. The 20-year bartending veteran hasn't worked since March, because bars are closed in Oakland, California. She's job hunting but admits it’s been difficult. She says this is the first time she's relied on unemployment and food stamps to survive -- using an EBT card to shop for groceries for the first time.

"The first time I used it. It took everything inside of me telling me not to break down because of the feeling of everybody looking at me as another poor black woman taking from the government. It hurts so much. And it shouldn't be that way," says de la Rosa.

De La Rosa isn't alone. She joins millions of Americans who have lost their jobs. The Labor Department reports nearly 13.6 million people were unemployed in August.

Zach Elmer is a former chief finance officer who is looking for his next role.

"So it can get a bit discouraging trying to be optimistic. There are so many people who have lost their jobs that there are a lot of A players and there's less demand," Elmer says.

Job hunting during the pandemic can be difficult. Instead of taking Labor Day off, the Red Wing Shoe Company is focusing on getting unemployed Americans working again. They have spearheaded the social media campaign #LaborDayOn, which promotes job openings online.

Dave Schneider, vice president and chief marketing officer at Red Wing Shoe Company, says, "These are people who are wearing our product every day, and many of them are unemployed right now. So we can do our own little part to help connect potential employers and employees, to help get them back on their feet. "

On Labor Day, the company will also turn their 525 stores into job centers. They have partnered with 50 other companies. One of them is Pentair, a water treatment company that has 200 job openings because business is booming.

Kelly Schermer-Maass, vice president of Talent and Organization Development at Pentair says, "people have gotten more interested in investing in their homes. And so, for instance, our pool business has done extremely well throughout the pandemic as well as  home water filtration, sump pumps, etc., And the positions that we have are really in response to increasing demands."

This is #LaborDayOn’s first year, and the shoe company is continuing to look for more partnerships and job openings. If it’s successful, they'll do it again next year.