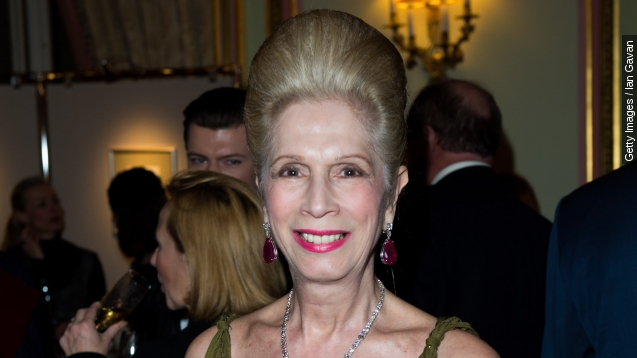 Lady Colin Campbell — star of "I'm a Celebrity, Get Me Out of Here!" — claims Duncan Bannatyne "physically assaulted" her on the show.

Lady Colin Campbell — star of "I'm a Celebrity, Get Me Out of Here!" — claims her rival, Duncan Bannatyne, "physically assaulted" her on the show, this according to several reports.

Campbell, who's also known as Lady C, reportedly called police after accusing the former "Dragon Dens" star of "shoving" her. She also claims Bannatyne "assaulted" her son Dima after the ITV2 show's finale. (Video via ITV / "I'm A Celebrity, Get Me Out of Here!")

She said in a tweet Tuesday: "Thanks 4 supporting Dima and me when Duncan physically assaulted me on TV and him at the base camp. Police came but haven't pressed charges."

One source told the paper: "Nobody saw it happen and just heard Dima yelling about it. But then it kicked off. The pair had a verbal stand-off and were shouting all sorts of things at each other."

But according to The Huffington Post, Bannatyne said the first time he heard about the allegations was when he read about them on Twitter.

Queensland police were called to the scene of the incident, but they told The Sun they have no record of any allegations of assault.