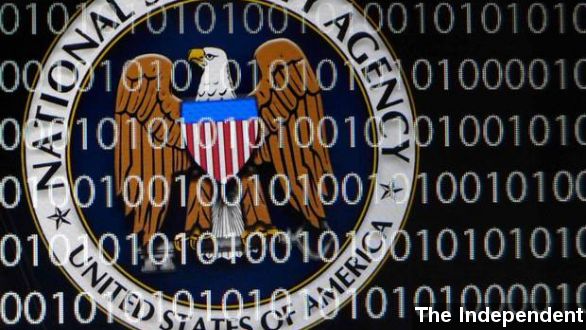 None of the six targets are accused of being involved in active terror plots. One is described as a “U.S. person,” suggesting he’s either a citizen or permanent resident of the United States and entitled to greater protections from the NSA. (Via The Guardian)

Names and identifying information were redacted, but the occupations and authorities were kept in the documents published by The Huffington Post. The targets include bloggers, clerics, a “respected academic,” and a “well-known media celebrity.”

So why would one of the largest U.S. intelligence agencies take the time to keep track of what six people were saving in their digital spank banks? To discredit and turn them against each other.

"The targets, all Muslims, are described in the document as examples of how 'personal vulnerabilities' can be learned through electronic surveillance, and then exploited to undermine a target's credibility, reputation and authority." (Via USA Today)

But the vulnerabilities they actually noted range wildly — from "online promiscuity" to “publishing without checking facts” and “attracted to fame.”

What the document does not say is how the NSA planned on carrying out its plan to discredit the six. Also missing, any discussion of the legal or ethical consequences of exploiting surveillance material in this manner. (Via KRXI)

The operation is drawing eerie similarities to FBI operations in the 1960s which used wiretapping to discover vulnerabilities, including sexual activity, to neutralize targets. (Via The Biography Channel)

"Wherever you are, the NSA's databases store information about your political views, your medical history, your intimate relationships and your activities online. The NSA says this personal information won't be abused, but these documents show that the NSA probably defines 'abuse' very narrowly." (Via The Independent)

The NSA documents cited in the report were dated Oct. 3, 2012. U.S. authorities have not formally confirmed the validity of these or any other documents leaked by Snowden, who is wanted on espionage charges and living in Russia under temporary asylum.