LaVar Ball Is Pulling His Suspended Son LiAngelo Out Of UCLA 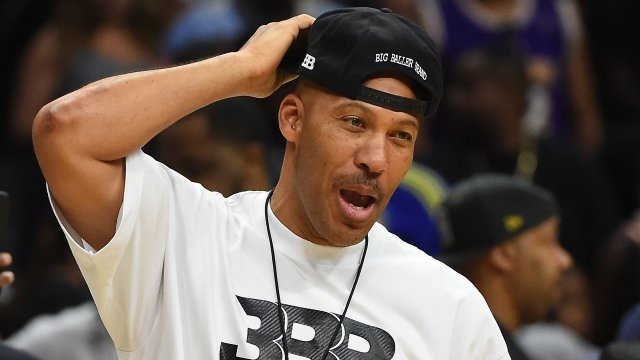 LiAngelo Ball was arrested for shoplifting in China on Nov. 7.

LiAngelo Ball, one of the three UCLA basketball players caught shoplifting in China, is done at UCLA. His father, LaVar Ball, is pulling him out of school.

LaVar Ball told ESPN he was frustrated LiAngelo was still suspended from UCLA's team after his arrest in China on Nov. 7. Ball said he wants to get his son ready to get picked in the NBA Draft in June 2018.

This is similar to what the elder Ball did with his youngest son, LaMelo, whom he pulled out of high school at the age of 16 to get him ready for a possible NBA career.