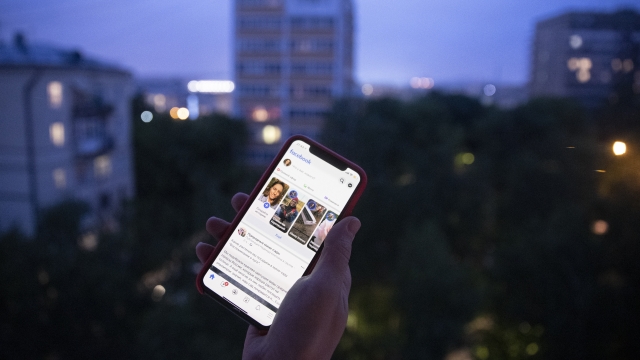 As people increasingly live their lives online, law enforcement agencies are finding all the data users create valuable in investigations.

In the first half of 2020, the latest data set available, Facebook, Google, Microsoft and Apple received more than 114,000 data requests from U.S. law enforcement agencies and supplied data in 85% of those cases. Companies are legally required to respond to these requests, which have tripled in the U.S. since 2015.

"People are living their entire lives online," said Darrell West, senior fellow at the Center for Technology Innovation at Brookings Institute. "And now with the law enforcement element, it's become very easy for government agencies and law enforcement agencies to access that information."

Effectively, if a company stores your data, police can likely get a hold of it with court orders, subpoenas or warrants, all without physically accessing your devices – and potentially without your knowledge. They can also buy data about you from brokers.

"If the police want to search my cellphone or my laptop or computer or whatever like that, ... you know, a warrant has to be issued to me. They have to state ... particularly what they want to do," said David Schultz of the University of Minnesota Law School. "When they're going to Google, when they're going to Alphabet and they want to find information about me, it's indirect. … Technically, my rights are not being violated on one level."

In some cases, companies can deny data access, like if the request is too broad. But it’s often difficult for companies to know when a request may go too far.

"They may get a phone number and request for information attached to that number without even knowing the name of the individual. And so it's hard for them to push back under those circumstances because the vagueness favors government agencies if the government is requesting something," said West.

Experts told Newsy that one of the most troubling aspects of this process is that investigators can seek out gag orders to prevent big tech companies from notifying people when their data was given to law enforcement.

For instance, in June, Newsy first learned that the Trump administration's Department of Justice asked Apple in 2018 to turn over data on congressional staff members, their families and even House Intelligence Committee member Adam Schiff as part of an investigation into leaks. The gag order was renewed twice, so those affected only found out about this in 2021.

Experts also told Newsy the routine turnover of data puts big tech companies in an uncomfortable position with their customers — especially so for Apple, who advertises their user privacy protections.