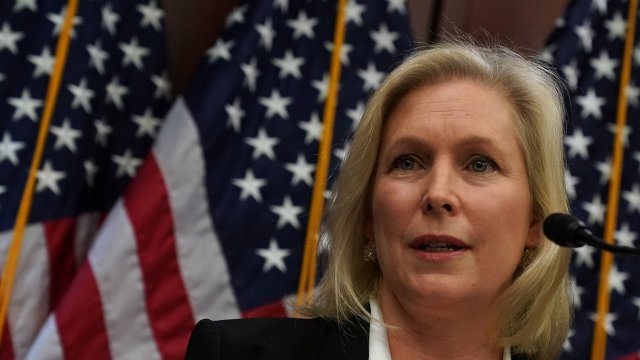 The president criticized Sen. Kirsten Gillibrand's credibility after she told CNN he should resign in the face of sexual misconduct allegations.

This feud started Monday when Gillibrand told CNN Trump should resign in the face of several sexual misconduct allegations. But it's important to note she wasn't the only senator pushing for him to step down.

Trump responded Tuesday, tweeting Gillibrand used to "come to [his] office 'begging' for campaign contributions," alleging she "would do anything for them."

Gillibrand responded herself, saying the president couldn't silence her.