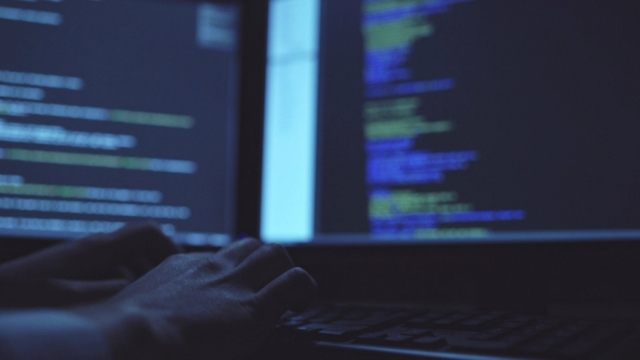 So far, the Biden administration has tried sanctions and diplomacy to compel Russia to extradite criminals behind a spate of ransomware attacks.

The warning from leaders in critical parts of U.S. infrastructure is that they are not prepared for a barrage of cyberattacks and want more support.

"It's my opinion that cybersecurity threats without question represents most persistent danger of U.S. airports in the global aviation system," said Michael Stephens, executive vice president of Tampa International Airport.

"Consider an attack that infiltrates the industrial control systems of a wastewater system and disables the treatment training on the pumps that move sewage," said John Sullivan, chief engineer at the Boston Water and Sewer Commission. "This could result in the release of large amounts of sewage into rivers and streams, harming the natural ecology of receding waters, creating a public health nuisance, and potentially contaminating sources of drinking water."

One cybersecurity expert tells Newsy that if hackers took out the water sector in a populated area, like New York City, that would be considered an act of war, likely provoking a military response.

So far, the Biden administration has tried sanctions and diplomacy to compel Russia to extradite criminals behind a spate of ransomware attacks.

On Thursday, Deputy Attorney General Lisa Monaco said the U.S. will be making more arrests and seizures of ransom payments.

"If you come for us, we're going to come for you," she said.

The U.S. extradited a suspected Russian cybercriminal from South Korea last week. In June, it recovered $2.3 million from the Colonial Pipeline attack. The U.S. has also conducted a surge of operations to combat attacks.

"While I won't comment on specific operations, I will say that we've made a lot of progress," said Gen. Paul Nakasone, commander of U.S. Cyber Command and director of the National Security Agency.

But a source who works with the U.S. government remains skeptical, telling Newsy, "Unless the government is willing to get dirty and act very quickly, simply taking over servers and shutting down websites won't stop them."

That's because hacker groups vanish and re-emerge with new names or make enough money to get out of the game.

Other countries are taking a more bold approach with Russian hackers. In Ukraine, in a video montage of intercepted calls by the country's security service ousted two prolific hackers it says are from Russia's FBI-equivalent, the FSB. Earlier this year, Ukrainian police televised a takeover, banging a door down, examining hackers' equipment and counting their cash.