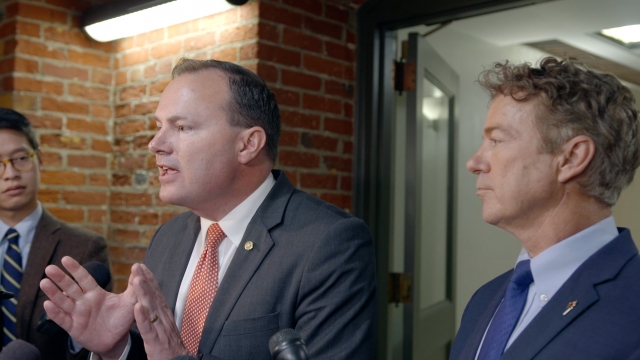 Lawmakers got their first briefing on a U.S. military strike that killed an Iranian commander. Many said they didn't get the answers they wanted.

Members of Congress on Wednesday received their first briefing on the U.S. military strike that killed a top Iranian military commander and sparked new tensions in the Middle East. But Democrats and a handful of Republicans described the briefing as frustrating, saying they didn't get the answers they were looking for.

"I came away from this briefing deeply angry and unsatisfied. This briefing was almost an insult to our intelligence," said Sen. Richard Blumenthal, D-Conn.

Two Republican Senators say the briefing was so bad that they will now support a Democratic War Powers resolution to curb President Trump's ability to wage war with Iran.

"They come over here recognizing that we have the power to declare war, they don't. They rely on us to confirm them, to fund them, and then, supposedly to declare war if any, and yet they couldn't and wouldn't answer and questions with regard to the moment at which they would need to come back to us," said Sen. Mike Lee, R-Utah.

Earlier on Wednesday President Trump told the country Iran appears to be standing down. And many Republican lawmakers stood by the commander in chief, saying they felt the strike was warranted and would make America safer.

"I don't know how it could be much more compelling short of a missile being on its way and there are some that have an honest disagreement with the art of the term 'imminent,' you know, at what point is it imminent and what point is it not imminent? But there is more than enough evidence and intelligence that we all agreed that it was probably real. That he should be taken out," said North Dakota Republican Sen. Kevin Cramer.

House Speaker Nancy Pelosi announced the House will vote on a War Powers resolution this week. Sen. Tim Kaine has introduced a companion resolution in the Senate.