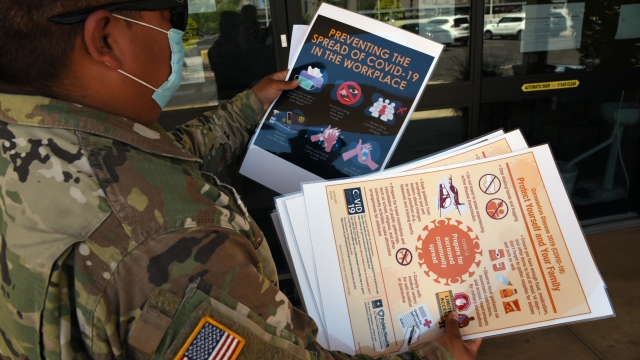 Dozens of senators and over 115 representatives want the federal government to continue footing the entire cost of National Guard deployment.

Lawmakers in the House and Senate want President Donald Trump to restore full federal funding for National Guard forces responding to the pandemic.

The president said last week he'd extend deployment through the end of the year. The government had been reimbursing National Guard costs, but President Trump said after August 21, states and territories will have to pay for 25 percent of the costs. He didn't give an explanation for the change.

In separate letters, dozens of senators and over 115 representatives pushed the federal government to continue footing the entire cost. Most, but not all, of the lawmakers who signed the letters are Democrats. The senators wrote that the reduction in cost share "comes at the worst possible time" as cases rise and other emergency needs increase due to the pandemic.

They call the move arbitrary, pointing out that Texas and Florida — Republican-led states that could be critical in the presidential election — were among states given exemptions.