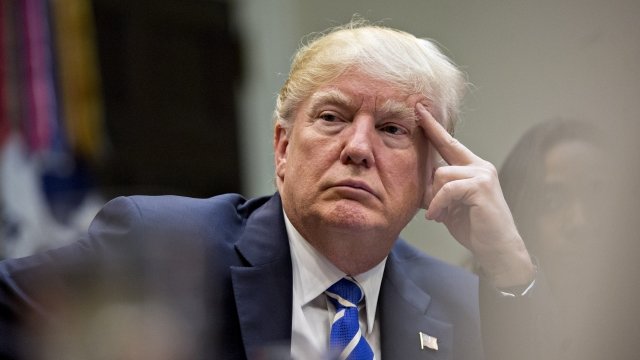 Bipartisan lawmakers are denouncing the president's proposed ban on transgender people serving in the military.

Lawmakers across the board appear to be outraged — and kind of confused — by President Donald Trump's decision to ban transgender people from serving in the military.

Politico first reported conservatives on Capitol Hill had been lobbying to block the Pentagon paying for certain medical costs, not a total ban on transgender people serving.

Republican Sen. John McCain, chairman of the Senate Armed Services Committee, denounced Trump's mode of communication and said "any American who meets current medical and readiness standards should be allowed to continue serving."

Former Vice President Joe Biden, a Democrat, said any American who is qualified should be allowed to serve "full stop."

And Democratic Sen. Tammy Duckworth, a retired U.S. Army lieutenant colonel, spoke out against the ban, as did Democratic Sens. Cory Booker and Elizabeth Warren, among others.

Trump said his decision came after consulting with "generals and military experts." But after the announcement on Twitter, the Pentagon ducked questions on the ban, leading some to speculate the nation's defense headquarters didn't know about the decision.