Lawmakers Were Quick To React To Trump's SCOTUS Nominee Decision 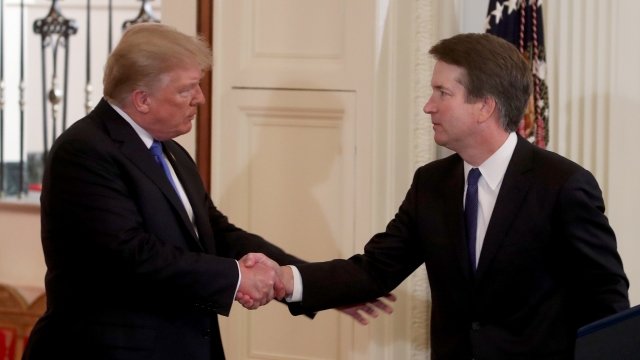 Some applauded the move, while others swiftly voiced their opposition.

Supporters and opponents were quick to chime in Monday after President Donald Trump announced he was nominating Brett Kavanaugh to the U.S. Supreme Court.

Hundreds gathered at the courthouse to protest Trump's decision. And Sen. Bernie Sanders joined in to voice his objection.

In order to get confirmed, Kavanaugh will need to be approved by a simple majority in the Senate.