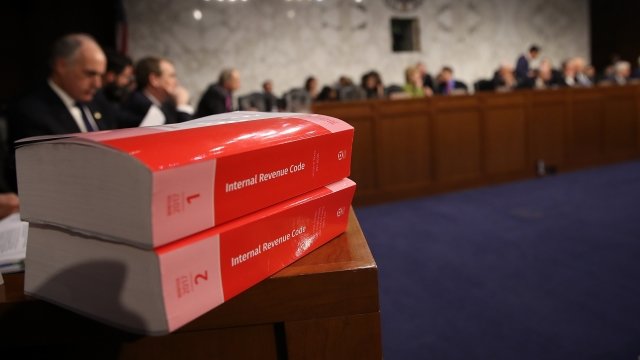 In most cases, survivors of sexual misconduct have to pay taxes on the settlements they receive. Their employers or alleged abusers, however, have the ability to write them off as "ordinary and necessary expenses."

The current tax code explicitly bans deductions on things like illegal bribes or payments, lobbying, or government penalties and fines. But it doesn't explicitly deny deductions on settlements and legal fees related to sexual misconduct.

Amid the national conversation about sexual harassment and assault, lawmakers in both the House and Senate want to ban the deduction of business' related legal fees and settlements.

Taxpayers Are Footing The Bill For Congressional Settlements

Outside of Congress, taxpayers may also be footing the bill for businesses' sexual harassment-related settlements.

The effort in the Senate focuses specifically on so-called "hush money," or sexual misconduct-related settlements with non-disclosure agreements attached. The Senate tax bill, which the Senate Finance committee passed on Thursday, explicitly bans deductions on those payments.

Rep. Ken Buck offered a similar tax proposal in the House that included all sexual misconduct-related settlements, not just ones with NDAs attached. Buck also promised to introduce stand-alone legislation if the effort doesn't make it to the final legislation.