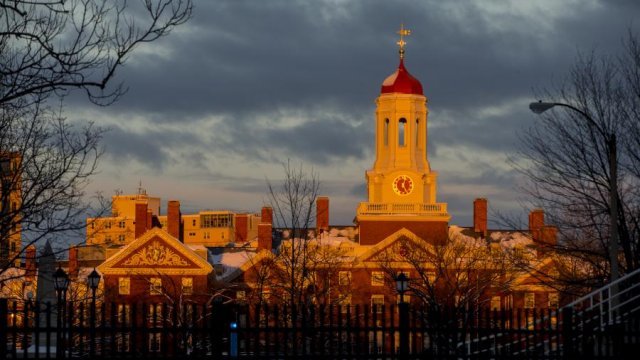 The suit claims Harvard's own research found its admissions practices discriminated against Asian-Americans.

An student admissions advocacy group is suing Harvard University over its admissions practices, saying it discriminated against Asian-American applicants.

The group is called Students for Fair Admissions, and it's making a number of accusations. It says Harvard used a "personal ratings system" that consistently scored Asian-Americans lower than their peers. That system tried to measure a person's character by "likability," whether they had a "positive personality" or even if they were an "attractive person to be with."

The group also claims Harvard's own research found its admissions practices discriminated against Asian-Americans. According to a memorandum filed by the group, the university admitted more white applicants than Asian-American applicants even though Asian-Americans scored higher in all of Harvard's academic metrics except the "personal rating." It also accuses Harvard leaders of hiding the research from public view.

Harvard defended its practices. In a statement, the school claimed the allegations were filled with "misleading data analysis." It also said Asian-American admission rates have grown 29 percent over the last decade. Harvard's website says Asian-Americans make up more than 22 percent of the Class of 2021, which is a higher than the percentages of black, Latino and Native American or Pacific Islander students.

Both the school and the admissions advocacy group filed paperwork asking for an immediate ruling in this case. A trial will take place in October unless a judge rules in favor of one side before then.