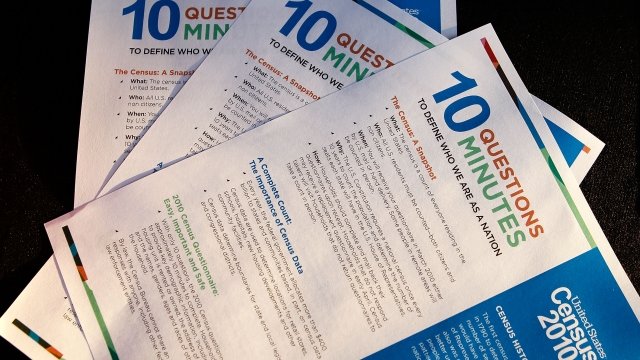 In a decision filed Thursday, a federal judge in Manhattan denied the Trump administration's motion to dismiss the suit.

A multistate lawsuit challenging a new question about citizenship on the 2020 census can officially move forward in court.

In a decision filed Thursday, a federal judge in Manhattan denied the Trump administration's motion to dismiss the suit, which is led by New York and backed by a coalition of states, cities and advocacy groups.

New York Attorney General Barbara Underwood said in a statement, "Today's decision is a big win for New Yorkers and everyone across the country who cares about a fair and accurate Census."

The White House says the question is necessary for the Department of Justice to protect voters. But critics argue it's meant to intimidate immigrants and threaten civil rights.

Questions relating to a person's citizenship haven't appeared on the U.S. census since 1950.