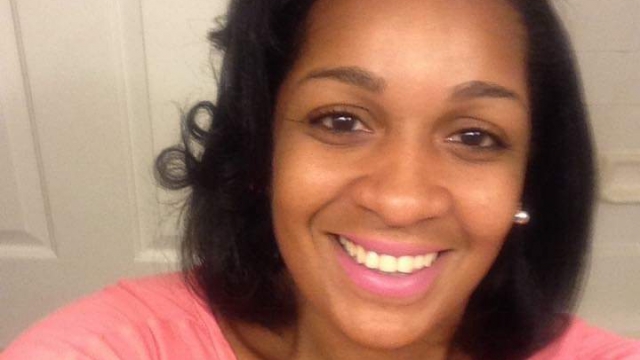 Pauline Binam is reportedly one of many women who claim they received unwanted surgeries while detained at a privately-run immigrant jail in Georgia.

Cameroonian immigrant Pauline Binam has come forward through her lawyer about a gynecological surgery she says she received in ICE detention without her consent.

"Pauline hadn't given consent to such a major operation done to her," said her lawyer, Van Huynh.

Huynh says Binam sought treatment for an irregular menstrual cycle last year and was told she would need to undergo a standard procedure to remove an ovarian cyst.

But when she woke up from general anesthesia, she found out that the doctor had removed one of her fallopian tubes, according to her lawyer.

"She breaks down crying when the doctor tells her that it's possible that she may not be able to easily conceive in the future," said Huynh

Binam is reportedly one of a growing number of immigrant women who claim they received unwanted medical procedures, including hysterectomies, while they were held at the Irwin County Detention Center in Georgia.

"She also expressed to me that she knows of stories of so many other women who went through what she went through," said Huynh.

Binam only gave verbal consent for a routine procedure known as dilation and curettage, her lawyer says.

A detention psychiatric report shows that Binam expressed, five days after the operation, she was "bothered" that she had lost a fallopian tube when she expected another procedure.

"When she confronted the doctor about it, he explained to her that he noticed that there were clogs in her fallopian tubes and just decided then that he was going to do the surgery," said Huynh.

Allegations of high rates of gynecological surgeries "with dubious consent" first surfaced in a whistleblower complaint filed last week by a nurse at the facility.

The complaint does not name staff members. But lawyers for multiple detained women, including Binam, say the accusations center on Dr. Mahendra Amin, a local gynecologist.

Amin's lawyer tells Newsy he "vehemently" denies the allegations, adding that his client is "a highly respected physician who has dedicated his adult life to treating a high-risk, underserved population in rural Georgia."

Newsy asked two experts in medical ethics to review a pathology report from Binam's surgery, which names Amin as the "ordering" doctor.

They both said Amin's decision to remove one of Binam's fallopian tubes could have been well-intended but should have never happened without her consent.

"It certainly wasn't an emergency. And if they didn't discuss it, then it's worrisome," said Dr Barron Lerner, a professor of medicine at New York University School of Medicine.

"It's even more important with a woman's or man's reproductive organs to not just do extra procedures that could be potentially fertility-threatening," says Katie Watson a professor of medical social science at Northwestern University Feinberg School of Medicine.

An ICE leader said on Friday that the allegations of non-consensual surgeries "raise some very serious concerns that deserve to be investigated quickly and thoroughly."

The Department of Homeland Security says it is investigating the matter. And more than 170 members of Congress are calling for an immediate inquiry.

Binam, who's been in the U.S. since she was two and has a U.S. citizen daughter, was released from detention on Saturday on humanitarian grounds.

Last week, ICE nearly deported her. But members of Congress pleaded for her release and she was taken off the plane.

Binam's lawyer says her client needs to rest and recover after spending nearly three years in ICE detention. Then, she'll decide how to share more about her experience.

"We just want to make sure that she's safe and that she feels comfortable to openly talk about her story," said Huynh.