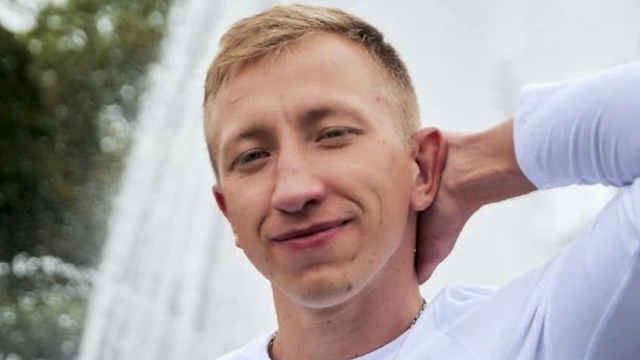 Police say Vitaly Shishov was found hanged in a park near his home in Ukraine.

A Belarusian activist who ran a group in Ukraine helping Belarusians fleeing persecution was found dead in the Ukrainian capital, Kyiv. Police say Vitaly Shishov was found hanged in a park near his home.

A probe has been launched, with police investigating whether it was a suicide or a murder made to look like suicide, head of Ukraine's National Police Igor Klymenko told reporters on Tuesday.

Shishov was reported missing Monday after he had gone for a morning run and never returned.

The Belarusian House in Ukraine helps Belarusians fleeing persecution with their legal status in Ukraine, accommodation and employment.

In Belarus in recent weeks, authorities have ramped up the pressure against non-governmental organizations and independent media, conducting more than 200 raids of offices and apartments of activists and journalists in July alone, and detaining dozens of people.

The Belarusian House in Ukraine said in a statement Tuesday that Shishov was forced to move to Ukraine in the fall of 2020, when antigovernment protests and crackdown on demonstrators in Belarus were in full swing.

Krystsina Tsimanouskaya reportedly feared for her safety once she saw a campaign against her in her home country's state media.

“There is no doubt that this was a planned operation by security operatives to liquidate a Belarusian, dangerous for the regime. We will continue to fight for the truth about Vitaly's death,” the group said.

The National Police told reporters that there were indeed injuries discovered on Shishov's body — scratched skin on his nose, a cut on his lip and an injury on his left knee.

Earlier this week, Belarus Olympic sprinter Krystsina Tsimanouskaya accused the country's officials of hustling her to the airport and trying to put her on a plane back to Belarus after she publicly criticized the management of her team at the Tokyo Games. Tsimanouskaya refused to board the plane and instead will seek refuge in Europe.

The U.S. Embassy in Kyiv said on Twitter that Shishov's death "takes place amid an unacceptable Belarusian crack down on civil society, and we look forward to a complete and thorough investigation by Ukrainian authorities to establish its causes and circumstances."