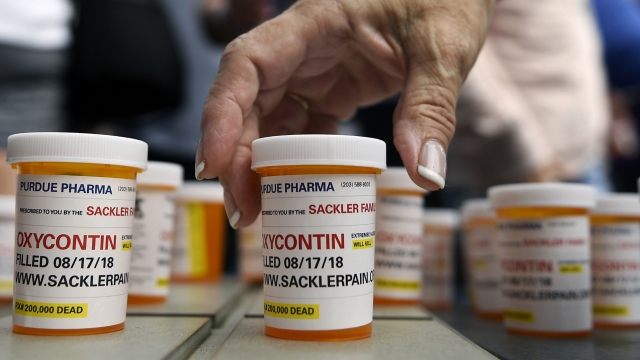 Members of the Sackler family, which owns Purdue Pharma, deny that they played a role in the opioid epidemic.

Members of Purdue Pharma's Sackler family testified publicly for the first time in years on Thursday, facing tough questions from lawmakers about their role in America's deadly opioid epidemic.

"There are many lawsuits that blame Purdue and my family for the opioid crisis. While we deny liability and are vigorously contesting these claims, we want to respond to the opioid crisis," said David Sackler.

"In trying to strike a careful balance between supporting physicians who treat patients with pain and mitigating the serious risks associated with the opioid medications, Purdue fell short," Landau said.

The hearing comes months after the bankrupt company pleaded guilty to three felonies and agreed to pay an $8.3 billion settlement. Activists say that punishment doesn't fit the crime, especially since this isn't the first deal struck with the Department of Justice. Three of Purdue’s top executives dodged indictments recommended by federal prosecutors as part of a settlement in 2007. Since then, opioid deaths have soared, and the Sacklers have cashed in.

"Those profits, in my opinion, should be clawed back. You and your family should compensate the American public for the harm that you caused, and you should be held fully accountable for your actions," Committee Chairwoman Carolyn Maloney said.

Purdue’s Oxycontin hit the market in 1996. The company claimed it had a lower addiction rate than other painkillers, which wasn't true. But executives still paid doctors and pain patient advocate groups to push the lie. It’s why addiction advocates say the Sacklers deserve more than fines.

"I overdosed in 2017 and spent months in a detox clinic," said Nan Goldin, who's in recovery from opioid addiction. "I regret the years I've lost, which are irretrievable. Now I try to speak for the half a million that no longer can."

Purdue made over $30 billion as the opioid crisis peaked over the past 20 years, but the company is now working through bankruptcy court after facing thousands of lawsuits over its role in the opioid epidemic.