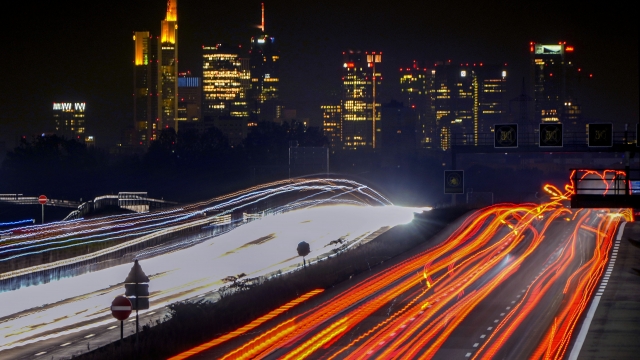 Cost-effective, sustainable technologies were on display.

Wednesday saw the first vocal protests surrounding fossil fuels at the center of the Scottish venue for the COP26 Climate Summit.

Protest groups also used the conference halls themselves as a platform for their criticisms.

"The richest have ignored every moral and political call to do their fair share. Their broken promises are littered across 26 COPs," said the director of War on Want, Asad Rehman.

The House speaker though, surrounded by leading Democrats, was keen to focus on the positives.

But Saudi Arabia's Energy Minister Prince Abdulaziz bin Salman was accused of blocking the talks. With Transportation Secretary Pete Buttigieg there to coincide with COP26's Transportation Day, it was a moment to celebrate the success of global commitments, which will see 60% of all U.S. car exports sent to countries that have committed to banning all cars powered by fossil fuels.

But the noises coming out of the conference provide an insight into the reality of the situation behind closed doors.

"Glasgow will not deliver the magic wand," said United Nations Development Program Administrator Achim Steiner. "The world is in a very complicated stage in the midst of a pandemic. I think what we are underestimating here is the enormous fiscal stress in which countries will find themselves in the next year or two, particularly developing countries. So financing is such a critical part of that overall confidence in the world working together. And I think, frankly speaking, the wealthier part of the world has fallen short on its promises."

Cost-effective, sustainable technology like a zero-emissions vehicle were on display.

The technology has caught up with the times. The big question is will the world's politicians be able to reach an agreement. The jury is out — the verdict to be decided over the coming days.